70 Years of Emsa: Ideas and Quality for Life 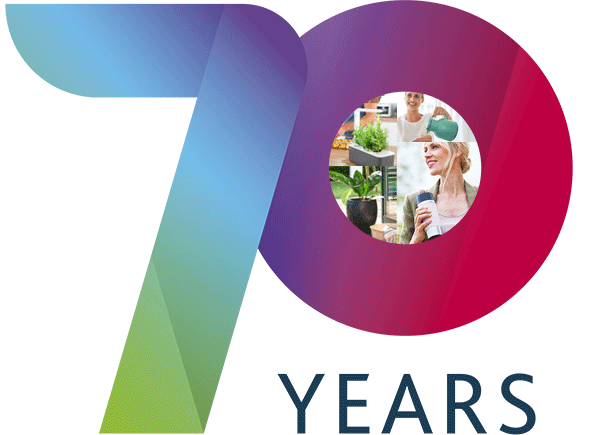 On Friday, April 5th, the Emsdetten headquarters (Germany) celebrated the 70th anniversary of EMSA, a strong and innovative brand with a true story. One of the leading manufacturers of home and garden products, EMSA is now popular well beyond Germany.

EMSA’s story began with the foundation in 1949 of the « Franz Wulf & Co plastic goods factory » and the success of the butterfly drip-catcher. During the following seven decades, the company developed a wide variety of new products, including over 1,700 in the past 5 years alone. As highlighted by the Deputy Mayor of Emsdetten during the official celebration, this creativity has been rewarded by numerous design and consumer prizes, among them the prestigious TOP 100 most innovative German middle-sized companies.

A Groupe SEB brand since 2016, EMSA now employs 750 people and has become Competence Center for Food Conservation, Garden and Drinkware categories worldwide. Production volumes have significantly increased from 14 million units in 2017 to 21 million in 2019. 75 % of EMSA products are manufactured in the Group’s own factories (51% in Germany). Exports have also surged over recent years, with EMSA’s know-how appreciated in many countries all over the globe under the brands EMSA, Tefal and WMF.

2020-07-01 - 08:00
EMSA GmbH, a subsidiary of Groupe SEB specialized in the design, manufacture and distribution of kitchen tools and accessories, based in Emsdetten/Germany, has concluded an agreement with Poétic SAS, the French market leader for planters in the garden sector, for the sale of its Garden activity. The offer, geographic presence and know-how of EMSA in the Garden segment is very complementary with Poétic, thus contributing to the creation of a European leader in the Garden sector.