Conquer the world with style thanks to IXEO revolution! 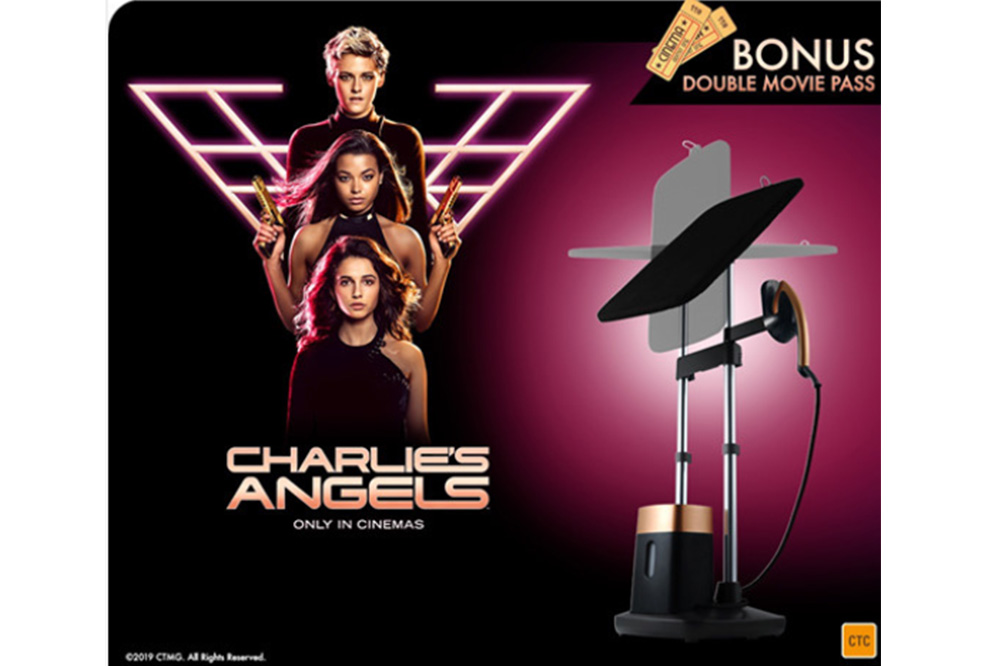 Following the success of the IXEO / Men in Black operation, Tefal is renewing its partnership with SONY Pictures in Australia for the launch of the most recent Charlie’s Angels movie.

The latest blockbuster from Sony studios — which will be released at the end of December in Australia — is the ideal opportunity to show IXEO on the big screen. How can you look your best while saving the world? Charlie's Angels can count on IXEO !

After an initial successful campaign for the release of Men in Black International — the video had more than 420,000 views in Australia, with more than 200 in-store activations — SONY is renewing its trust in the brand by providing the rights to associate the film with IXEO..

This new on- and off-line campaign that began at the end of November (and goes until the beginning of January) is a great way to boost Tefal's visibility and growth in Australia. It will also feature a Facebook contest on the theme "Share your worst ironing experience" with a chance to win Sony wireless headphones. As a bonus, consumers who buy the IXEO will receive 2 tickets to see the movie in theaters!

Together to face COVID-19

2020-04-06 - 16:30
To face the epidemic, Groupe SEB is mobilizing for its employees, customers and partners. As a company, Groupe SEB is committed to acting as a corporate citizen

CSR Commitment: Groupe SEB keeps its top ranking in its sector in Europe

2020-03-31 - 12:00
The extra-financial rating agency Vigeo-Eiris has once again ranked Groupe SEB number one in the "Technology and Hardware" sector out of a selection of 40 European companies. This puts it in 68th place globally out of 4,904 companies.

2020-03-20 - 11:00
To face the epidemic, Groupe SEB is mobilizing for its employees, customers and partners. Please stay safe and take care of yourself and your family.
#stayathome #restezalamaison #Covid19 #socialdistancingnow