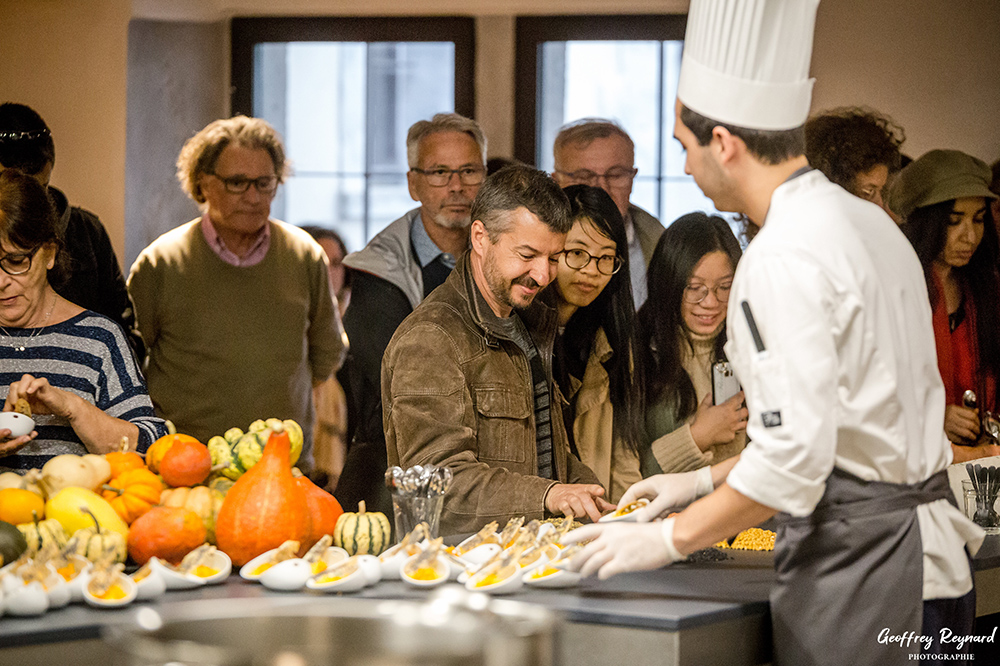 La Cité Internationale de la Gastronomie has just opened in Lyon, a city of heritage and cuisine. This major project is the result of a partnership between the Lyon metropolitan area, the city of Lyon and 11 private sponsors working in the field of cuisine, among them Groupe SEB, which is a founding member.

In November 2010, on an initiative by Mission Française du Patrimoine des Cultures Alimentaires (MFPCA, the French mission of food culture heritage), the gastronomic meal of the French was inscribed on the UNESCO’s list of intangible cultural heritage.

To build on this achievement and lend it physical form, a call for projects was launched with local authorities. In June 2013, Lyon was selected to host one of the four Cités Internationales de la Gastronomie, alongside Tours, Dijon and Paris-Rungis.

Housed in an exceptional venue in the Grand Hôtel-Dieu building in the Presqu’île area of Lyon,
La Cité Internationale de la Gastronomie upholds food as a source both of pleasure and health. It promotes trades and expertise, as well as the global reputation of Lyon, a city known for its cuisine.

Involved from the very inception of the project alongside the Lyon metropolitan area and Régis Marcon, a three-starred Chef and Chairman of the Strategic Steering Committee of La Cité Internationale de la Gastronomie, Groupe SEB is a founding member and brings together ten other private sponsors with close links to the Lyon area and food and health issues.

Commenting on the project, Groupe SEB Chairman and CEO, Thierry de La Tour d’Artaise, said: “Through its history and brands, Group SEB has always defended the values of taste and home cooking, as well as nutrition and health. As such, we are proud to support this magnificent partnership project whose renown will extend well beyond our region and our borders.”

A marriage of tradition and modernity, La Cité Internationale de la Gastronomie is an accessible venue for discovery and learning, and also a forum for French and international food professionals to share their expertise and savoir-faire. Through permanent and temporary exhibitions, visitors are able to discover the riches of France’s terroirs, find out more about the secrets of French cuisine and, naturally, taste the creations of top chefs.

2020-01-13 - 15:00
In December, Groupe SEB Colombia organized a special event for around 2,000 “Tinteros” in various cities across the country. “Tinteros” are Colombian street coffee vendors and 80% of them use our IMUSA thermos in their everyday work.

2020-01-06 - 14:30
For more than 2 years, the Content Factory has been creating all sorts of content to help market the Group's products. This in-house agency can mass produce high-quality content while meeting budget limits and deadlines.

2020-01-03 - 10:30
In Colombia, Imusa launched, at then end of the year, Multichef, its new electric pressure cooker. This product is revolutionizing the way people cook, allowing them to prepare delicious dishes at the push of a button!