1ST QUARTER – SALES HOLD FIRM OVERALL, THEY VARY FROM ONE REGION TO ANOTHER 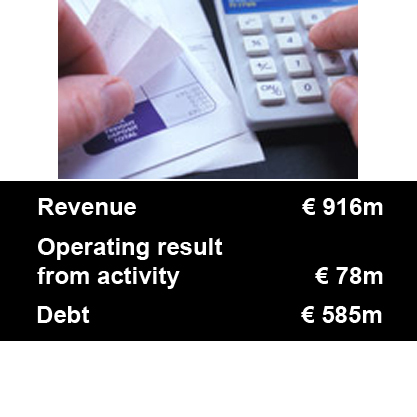 Like-for-like revenue down -1,5%, +3% as reported at €916 million
Operating result from activity lower, as expected
Debt reduced by €8 million during the period

The economic environment in first-quarter 2012 was much more challenging than in fourth-quarter 2011 and contrasted sharply with the extreme buoyancy seen in the first three months of 2011. The marked slowdown in consumer spending in a number of countries also impacted demand for small domestic equipment. In addition to the lacklustre environment, Groupe SEB’s prior-year comparatives were very high in almost all geographies, as organic sales growth in first-quarter 2011 amounted to 11.6%.

Given these conditions, the slight 1.5% contraction in like-for-like revenue in the first three months of 2012 was a satisfactory performance, although the situation varied depending on the country. Changes in the scope of consolidation added €21 million to revenue, with two additional months of consolidation for Imusa (Colombia and the US) and three months for Asia Fan (Vietnam) and Maharaja Whiteline (India), which were not consolidated in first-quarter 2011.

In an environment shaped by continued exchange rate instability, the positive €19 million currency effect was due mainly to the increase in the Chinese yuan, US dollar and Japanese yen against the euro, based on average exchange rates for first-quarter 2011 and 2012.