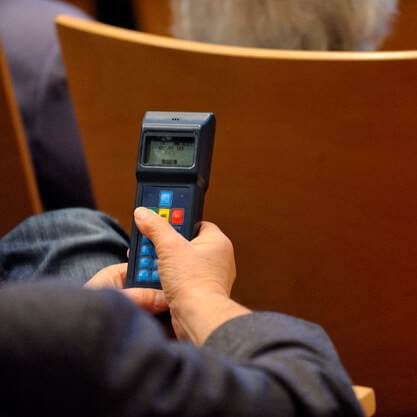 Following the first global employee share scheme, the employee shareholder base increased from 3.1% to 3.5% of the capital. Launched last September, the “Horizons 2012” scheme offered Groupe SEB employees the chance to subscribe to an increase in capital at preferential rates (20% reduction on reference share price and a matching payment).

This plan was widely successful with more than 30% of employees in the 30 countries concerned subscribing, reflecting their confidence in the continued growth of the Group.

2,500 shareholders either attended the meeting, were represented or had voted by correspondence, representing 77.56% of the capital and 83.26% of the voting rights at the AGM. The Annual General Meeting largely approved all of the resolutions* that had been proposed.

*You can find more details on the resolutions in the Reference Document and the 2012 annual report.

See a video of the entire Annual General Meeting here.