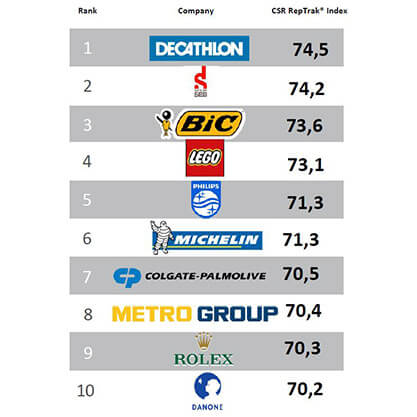 The rankings are based on the REP TRAK® survey measuring public perception of over 200 large companies on the basis of 30,000 opinions collected in first-quarter 2017. Groupe SEB scored 74.2 points out of 80.

The survey addressed three main aspects: the work environment, governance, and civic engagement. High-performance companies stand out through their ability to generate profits while leading initiatives on employee well-being, equal opportunities, recognition, transparency, ethics and environmental respect and having a positive influence on society.

The study is highly informative in a general sense:

At the start of the year, the Seb and Moulinex brands ranked fourth and sixth respectively in the 2017 Meaningful French Brands* survey carried out by Havas Group.