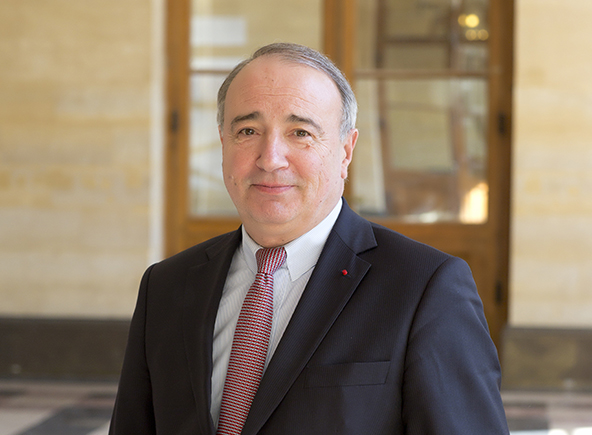 Against a health backdrop having heavily impacted the retail industry and disrupted consumption, the results of the first-half 2020, with a better-than-expected second quarter, reflect the resilience and the agility of the Group, as well as the strong commitment of all our teams.
During the first half, despite the headwinds we faced due to the Covid-19 pandemic, the Group continued steadfastly to pursue development projects and the second quarter was resolutely one of solidarity and responsibility: solidarity towards our teams through various HR initiatives to mitigate the impacts of the crisis and responsibility through the production of the MakAir artificial respirator.
On top of stakes taken in new green businesses (Angell, Castalie, IEVA), we invest today in StoreBound. This acquisition will both strengthen our footprint in the United States and allow synergies in terms of digital community activation as StoreBound has developed over the past eight years the largest digital community of our industry in the United States.
The sanitary uncertainties and their macroeconomic consequences still persist; we remain cautious but confident in the strength of our strategic business model, well-balanced geographically, multi-channel and driven by a social and environmental responsible approach

The first half of 2020 was marked by the spread of the COVID-19 epidemic which began in Wuhan, China, before spreading first to Asia and then to the rest of the world with major outbreaks in Europe, followed by the American continent. Faced with this unprecedented health crisis, impacting all areas of the economy, most countries imposed more or less strict lockdown measures, which, in particular, led to the closure of public places, hotels and restaurants as well as most physical non-food stores. Against this backdrop, consumer spending declined sharply in all geographies, with an important shift to e-commerce.
Throughout the crisis, and now as ever, the Group’s priority has been to ensure the health and safety of its employees in all of its industrial sites, warehouses, offices, commercial subsidiaries and stores.
Regarding our industrial operations, the Group had to temporarily close most of its factories, in China from January, then in France, Germany, the US, Brazil, Colombia, etc. This uneven production level over the first half caused a major under-utilization of capacity and periodic stock-outs, but all of the Group’s industrial facilities - 42 sites – have now returned to normal production levels, while also complying with health protocols.
Early-hit by the pandemic owing to its presence in China, on several occasions, Groupe SEB provided updates of the impact of Covid-19 on its business activity and performance throughout the first half. This detailed and regular newsflow is available on: www.groupeseb.com.

Against the weakened backdrop, first-half 2020 sales came to €2,914m, down 12.7% versus end-June 2019, including a 12.6% decline like-for-like (-€420m), a negative currency impact of -0.6% (-€20m) and change in the scope of consolidation accounting for +0.5% (+€17m; Wilbur Curtis over around one month and Krampouz over six months).
This marked and unprecedented drop in our sales stems from our two business divisions, with particularly volatile trends over the period.

The 10.6% like-for-like decline in sales for the Consumer business can be directly attributable to  containment measures and closures of non-food stores in most countries. It is the result of a 17.3% decrease in the first quarter, followed by a much more moderate contraction of 3.2% in the second. Having reached a low in April, the gradual lift of lockdown restrictions from mid-May and the marked rebound in business in June, particularly in the EMEA region and in China, drove this improved trend.

Sales for the Professional business suffered a 27.6% drop, like-for-like, at end-June, directly linked to the widespread closure of the hotel and restaurant industry, moreover on demanding comparatives. The total shutdown of operations for the vast majority of our customers from mid-March led to a fall in Group sales of 43.4% in the second quarter, after a contraction of 9.7% over the first three months of the year.

2021-03-05 - 09:00 am
Enjoy limitless possibilities with TEFAL’s INFINIMIX blenders, which have sold very well and even reached the top of The Independent’s ranking!
Finance