At 31 December 2015 the Founder Group holds 41.3% of the share capital and brings stability to the shareholding, which allows the Group to implement with serenity a long-term strategy

The Board of Directors currently has 15 members, in which five independent.

As a result, one-third of the Board members are independent, as recommended by the AFEP-MEDEF Code.

The directors together hold 23.99% of the company’s share capital and 25.90% of the effective voting rights (or 25.51 % of the theoretical voting rights), thereby adhering to the terms of the Directors’ Charter.

The Audit Committee informs the Board on the identification, evaluation and handling of the main risks to which the Group may be exposed. In particular, it ensures the relevance of financial reporting methods to draw up accounts. It notifies the Board of Directors of any useful observation and recommendations, and participates in the procedure for appointing statutory auditors.

The Nominations and Remuneration Committee (NRC) makes recommendations on thecomposition of the Board and on the Group’s organisation and structures. It also makes proposals to the Board of Directors on the compensation policy for corporate officers and monitors that for main executive managers. Finally, it proposes the implementation and conditions for the company’s performance share plans.

For many years, Groupe SEB has had a dividend policy with a long-term strategy that ensures its shareholders receive fair remuneration for the capital they entrust it with. This policy is aimed at reasonably increasing the dividend when its results allow and stabilising it when the economic and financial circumstances so require.

Vote of the resolutions

Beyond the approval of the social and consolidated 2015 accounts and of the distribution of a €1.54 dividend by share, the AGM widely approved all the submitted resolutions and in particular: 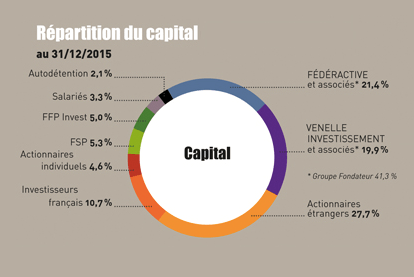 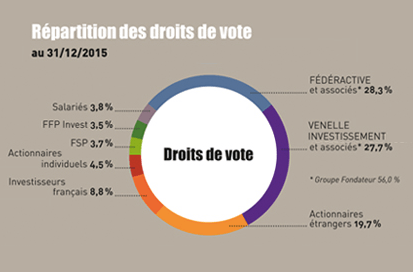 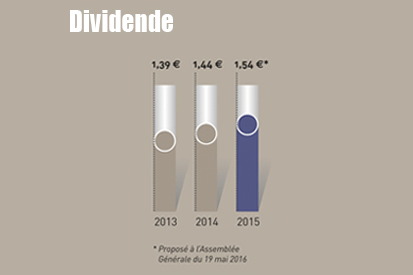