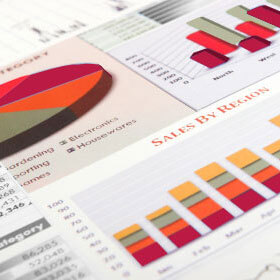 In 2011, Groupe SEB reported revenue of €3,965 million, an increase of 8.6% as reported. On an organic basis (at constant scope of consolidation and exchange rates) sales increased by 6.9%, including a growth of 2% in mature markets and 14% in emerging economies. In the end, business remained firm in the fourth quarter, rising 4.7% like-for-like.

In 2011, the economic climate became gradually more difficult during the year. In the second half, most economic indicators trended unfavourably and the crisis in Europe worsened. Against this backdrop, demand for small household equipment generally remained on an upward path (although slowed beginning in the summer) but varied from one region to other, in an overall environment that was much more competitive and more promotion-driven.

For the year, Groupe SEB reported revenue of €3,965 million, an increase of 8.6% as reported and 6.9% on an organic basis, generally in line with its initial forecasts. Revenue rose by 2% in mature markets and 14% in emerging economies. 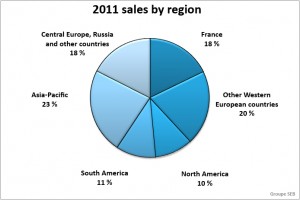 Fourth-quarter growth turned out to be more sustained that the Group had anticipated in mid-December. Led by late Christmas sales, revenue for the last three months of the year increased by 4.7% like-for-like. This satisfactory performance (compared with high prior-period comparatives as revenue rose 8.2% in fourth-quarter 2010) stems from the Group’s efforts to find the right balance between defending its market share, generating revenue and preserving profitability. 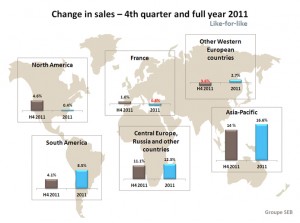 The consolidation of companies acquired during the year added €87 million to revenue, with Imusa (consolidated since 1 March) accounting for €82 million and Asia Fan (newly consolidated with retroactive effect to 1 June) for €5 million.

In these circumstances, Groupe SEB should achieve a further increase in Operating result from Activities (formerly Operating margin), which, after the exceptional level of €438 million reported in 2010, should rise to a new record high.